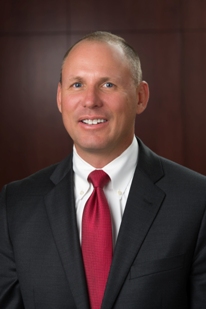 Click for larger image; right click larger image to download.D. Shane Bangerter of Dodge City was appointed to the Kansas Board of Regents by Governor Sam Brownback in 2013 and reappointed in 2017. He is the owner of Bangerter Law, P.A., a legal practice that has an emphasis on civil litigation and workers compensation cases. Bangerter grew up in Leoti, Kansas, working endless hours of farm and ranch labor between school activities and university attendance. He has served as a member of the Board of Trustees for Dodge City Community College, the Board of Governors for the University of Kansas School of Law, and served on the Boards of the Dodge City Housing Authority, Dodge City Roundup Rodeo, The Alley Teen Center, and Dodge City Raceway Park. The American Trial Lawyers Association has honoured him as a Top 100 Trial Lawyer in Kansas, named a Super Lawyer and listed in Best Lawyers in America for over 14 years. Best Lawyers in American also honoured him with Lawyer of the Year for workers compensation in the 2013, 2014 and 2016 editions.