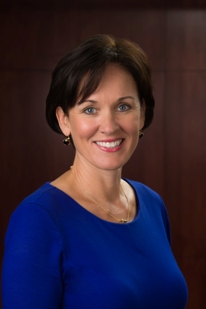 Ann Brandau-Murguia of Kansas City was appointed to the Kansas Board of Regents by Governor Sam Brownback in 2013 and reappointed in 2017. She was the Executive Director of the Argentine Neighborhood Development Association (ANDA) from 2007 to 2018. ANDA is a Community Development Corporation and Community Housing Development Organization with a mission to promote the revitalization of the Argentine community in Kansas City, KS.

Brandau-Murguia’s career has included leadership positions with non-profit community development organizations CHWC, Inc. and El Centro, Inc., as well as work as a probation/parole officer and pre-sentence writer for the Kansas and Missouri Departments of Probation. She currently serves as the 3rd District County Commissioner to the Unified Government Board of Commissioners, a position she has held since 2007. She is co-chair of the Frontiers Project at the University of Kansas Medical Center and was a member of the Board of Trustees at the University of Missouri-Kansas City, where she chaired the Economic Development Committee of the Board. In 2011, the Hispanic Chamber of Commerce of Greater Kansas City named Brandau-Murguia their Humanitarian of the Year for her work with the Latino community.

Brandau-Murguia received her bachelor’s degree in human services in 1993 from Ottawa University and a Master of Business Administration degree in 1997 from Baker University. She has three children, Wyatt, Thomas and Isabella. In her free time, she enjoys biking, running, swimming, traveling and shopping.